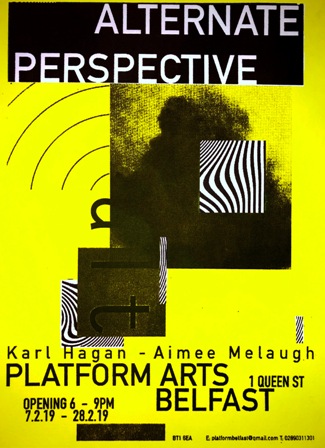 Alternate Perspective is a joint exhibition of paintings by Karl Hagan and Aimee Melaugh.  The work presents an altered, fragmented reality dealing with memory, people, places and trauma.  Explosive colour and clotted paint become a plane on which the metaphysical meets reality and silence meets turbulence.  The two artists provoke questions surrounding political and historical events.

Karl Hagan is a painter based in Belfast and is the Artist in Residence in Painting at the Belfast School of Art, Ulster University.  Hagan graduated from Ulster University, Belfast in 2018 with a First Class Honours in BA Hons Fine Art Painting.  Since graduating he has exhibited in the Queen Street Studios Gallery Emergence II exhibition, the Engine Room Gallery group exhibitions and the British Embassy Gallery, Beijing.  Hagan received a QSS Gallery award and was long listed for the RDS Visual Arts Award.

Aimee Melaugh is a painter based in Clarendon Street Studios, Derry.  Melaugh graduated from the Ulster University, Belfast in 2018 with a First Class Honours in BA Hons Fine Art Painting.  Since graduating, she has exhibited in the Ulster Museum as part of the Royal Ulster Academy and the ArtisAnn Gallery Emerging Artist Exhibition.  Melaugh has been the recipient of a Belfast Print Workshop Award and was longlisted for the RDS Visual Arts Award.  She has also received a General Art Award from the Arts Council Northern Ireland. 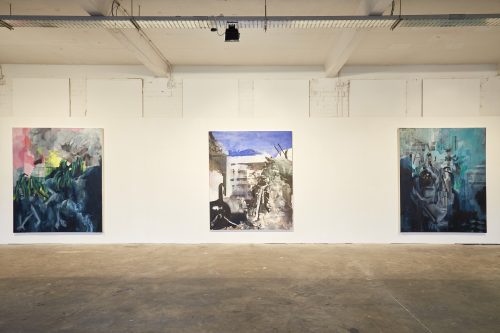 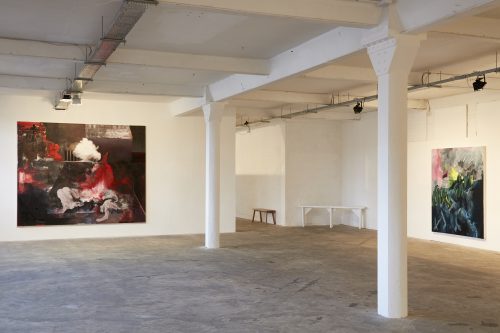