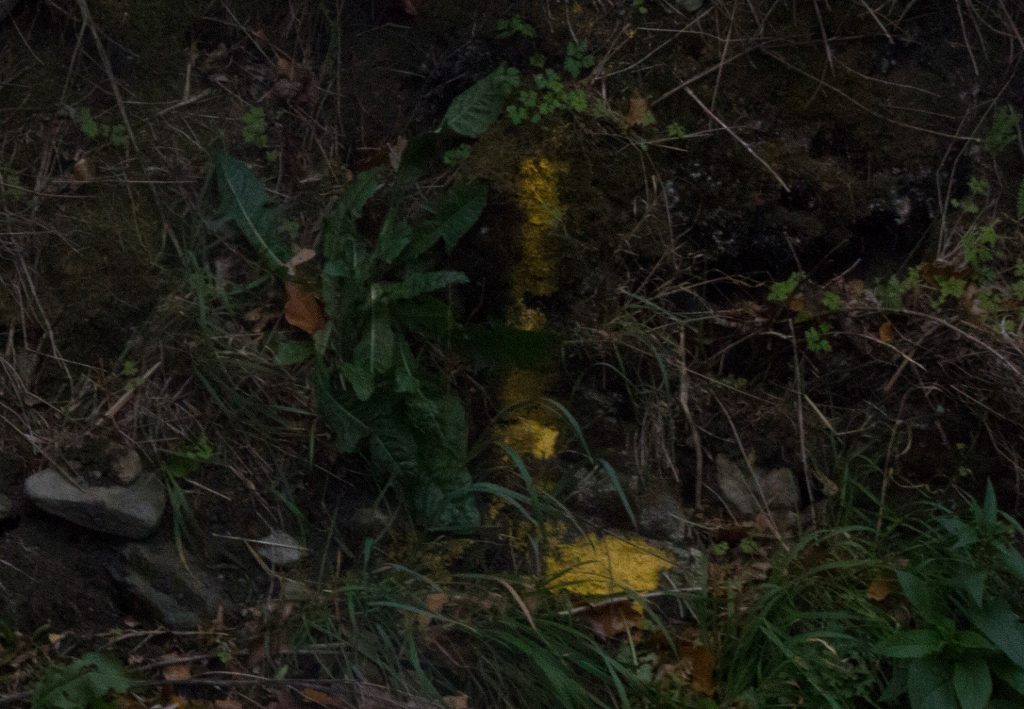 In working with found objects, Niamh McCann often touches on the ownership of discarded objects and the role she has to play in the movement of material as an artist and collector.
Driving between Belfast and Donegal for environmental projects, harbouring hundreds of unwanted pieces of plastic, crossing the border numerous times, has prompted McCann to think of ownership in political terms. Crossing the boarder, a simple act in recent years is a huge part of many lives on the Island of Ireland. ‘Partition/Críochdheighilt’, is a result of collecting from both sides of and from along the Irish border itself. From the coast of Donegal across into Derry, Antrim, Down, the Cor river snaking in and out of Armagh and Monaghan, to the Newry river crossing from Armagh into Louth and out into Carlingfor Lough these objects create a boarder within a gallery setting. This work is the beginning of a new process of recording for McCann, a study of the border in a time where we are being inundated with the complexities of Brexit.